Maybe you’ve just met, maybe you’ve already hooked up, and now you’re confused — does he just want sex, or does he want commitment.

I should start this article out by saying that the easiest way to figure out what a guy wants is to ask him straight out. Unless you’re honest, telling him what you want and asking him what he wants, you’re shooting in the dark.

You can read signals, but it’s bound to cause confusion if you, at any point, let your hopes and fears cloud your mind when interpreting them. Most people are much better at seeing what’s going on in other people’s lives than their own, because when it comes to themselves their judgment is clouded by emotions.

Some people are scared to ask if someone wants to date them or just hook up with them straight out. But if you think he can’t handle that conversation, is he really someone you want to be dating?

Alternatively, if you think he’s going to lie to you, is he really someone you want to be dating?

Having an honest conversation is bar none the easiest way to determine what someone wants. The only problem is that some people lie and some people don’t know what they want. They think they just want sex, when they want commitment, or they think they was commitment when really all they want is sex. That’s why sometimes it is good to see if his words are backed by his actions.

Do beware though when looking at the below signs that they are only guidelines — some men act completely differently. Also bear in mind that you’re probably swayed either by fear, or hope, when analyzing your relationship with someone.

If, when you text, or speak in real life, he brings every conversation back to sex, chances are, that’s the main thing on his mind. He’s not thinking about a relationship, he’s thinking about sex.

He doesn’t text to see how you’re doing, or hear about your day, or get to know you better. He sexts to have some fun, or he texts at nine o’clock at night when he wants you to come over.

3. His Life Is Unsettled

He’s planing to move to Bali in three to twelve months, or he’s open to jobs anywhere in the country. He’s planning on going to Europe to backpack for three months, or he’s talking about how he’s in a state of constant flux right now. If he says he’s not ready to settle, even if he wants more than sex, he’s probably not ready for commitment. At least not for longer than a couple of months. If he knows that, chances are he won’t change his mind.

4. Your Dates Are All About the Sex

If every date is about dinner and sex, or a movie and sex, all happening at home, as opposed to him taking you on all kinds of dates and adventures, then chances are his main focus is sex. He’s not trying to impress you, or get to know you, he’s trying to have sex with you.

Most men who want to be in a committed relationship are opening themselves up to the person they’re considering dating. If all he shares about himself is trivia, then is he really invested? Of course he could just be emotionally distant in general, but is that what you want from a man?

Inside Scoop:What to text a guy after you hookup?﻿

6. He Doesn’t Ask Many Questions

7. He Avoids Spending Time with Your Friends

No matter how many times you invite him to hang out with your friends (or family), he has an excuse why he can’t join. Hanging out with people who matter to you, would mean he’s getting involved with your life.

8. He Doesn’t Invite You to Meet the People in His Life

9. He Never Speaks About a Future with You in It

When he talks about future plans, such as his next vacation, you’re not in the picture. Nor does he engage in dreaming about things you will do together a few months from now.

10. He Doesn’t Offer Emotional Support Nor Asks for It

If he isn’t the kind of person you’d consider calling when you need a hug, how invested is he, really? And does he ever ask you about advice, or for emotional support when he has something on his mind?

Or is it all about sex, or simply keeping things casual, or emotionally distant?

Inside Scoop: How to turn a hookup into a serious relationship?

11 Signs He Wants a Committed Relationship

11. He Invests Time and Effort in Dates

You feel that he cares, because he takes time and effort when coming up with dates. Even if it’s simple you see he cares because he’s picked things he thinks you’ll enjoy.

He makes it clear you can turn to him if you need a hug after a long day, or a helping hand with your car.

13. He Introduces You to Friends

He seems genuinely enthusiastic about introducing you to his friends, co-workers and possibly even family.

When you are together he ensures you’re alright. If you’re cold, he offers you his jacket, or tells you it’s time to head inside.

Inside Scoop: 13 Signs Your Hookup Has Feelings For You

After you’ve had a victory at work, he suggest you celebrate together. After a doctor’s appointment he buys you a rose, or calls to ask you how it went. He’s thinking about you.

17. He Dreams about the Future

He doesn’t mind talking about dates you’ll go in in three months when it’s summer, or daydream about a vacation you’ll go on one day. In short, the idea of a future together doesn’t scare the bejeezus out of him.

18. He Doesn’t Go Straight for Sex

While most men have sex on their brains, if he waits to pursue it, it often shows he’s serious. That said, he might also try it on straight away, but he would be wiling to wait if you asked him.

If he’s dating five other women, or surrounded by women he is flirting with, then he may not be as serious as if you’re the one and only.

He makes it clear that he’s been round the block a few times and is ready for something more serious, or simply that he never wanted to go round the block in the first place.

21. He Shows You Off in Public

He doesn’t try to hide his feelings for you in public. Rather he’s happy to walk around town holding your hand, making it quite clear you’re an item.

Inside Scoop: How To Get Over A One Night Stand Or Hookup? 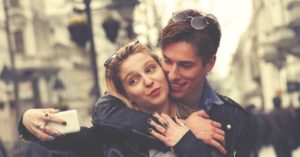 How to Turn a Hookup into a Relationship 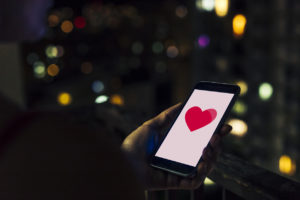 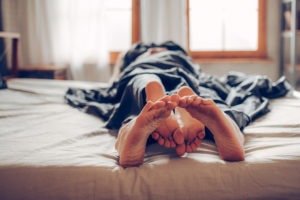