OkCupid is one of the most popular dating websites around. It’s also got a good success rate – each week I seem to be reading stories of men and women all over the world who have found love on there. (Read our expert’s OkCupid Review)

OkCupid is for people who are looking for genuine connections, whether that be new friends, dates or serious romantic partners. It’s possible to meet your next BFF on there and even your soulmate.

To really improve your chances of meeting exactly the kind of person you’re looking for, it helps if you’ve optimised your profile so that it stands out by being undeniably and brilliantly you. A good profile should be honest and well-written but it also needs a bit of a polish.

And I get it – writing a dating profile is hard, let alone an OkCupid profile, which are much lengthier and in-depth than those on Tinder or Bumble. But it’s totally cool because I’m here to help. In this article, I’ll be taking a look at some of the best OkCupid profiles and I’ll show you why they work and what you can do to boost yours.

(Yes, I’m shameless using a photo of him.)

Living on a strict diet of coffee and pizza.

I don’t really have any idea what I’m doing

But let’s go for a drink or two and hang out?”

“Try not to take life too seriously. I like to experience as much of other cultures and societies as possible. I’m very open minded and tend to try most things at least once … not always the best mantra in my experience, but always leads to a story or two.

I’m equally at home on the sofa or in bed as I am at a gig or a rave. Got an amazing group of empathetic and supportive friends who mean the world to me so I’d like to meet someone outgoing and positive who isn’t afraid to mingle with everyone.

Historically long distance relationships haven’t worked that well for me, but that’s not to say I’m against the idea of travelling a reasonable distance to first get to know someone if we seem like a good match.”

“I am very happily taken, and I’m only on here to make new friends. Also, a lot of my answered questions are no longer accurate. ALSO, Chris Martin saying “Oh no, what’s this?” In the hit song “Trouble” by Coldplay, instead he says “OwO, what’s this?”

Game boy (PC, but I do have most consoles). Filled with ideas. Always working on a bunch of projects (and never finishing any of them, ha). I want to be something better than what I am now. I hope I will be.

I’d love to meet more like-minded people to talk or play video games with! Feel free to message me about literally anything though, I find even the weird messages to be entertaining.”

Tip 1: Cover the key bases in your self-summary

This isn’t Tinder where you can get away with 2-3 killer lines that sum you up with humour and emojis. On OkCupid, people put real effort into their bios and they expect that from you.

Generally, people on OkCupid aren’t time wasters. They want something – be it friendship or a relationship – and they’re going to spend a decent amount of time weeding out the ones who seem right for them from the ones who don’t.

So it’s a good idea to do what these guys have done. Tom’s bio is especially on-point. He lists all the essentials – his age, height, his job, his pets (he knows full well that girls love dogs), and he does it in a compelling way that’s sprinkled with humility, self-deprecation and humour.

He also outlines that he’s looking for.

The third guy has got it nailed, too. He tells us what he’s all about and what he’s looking for in 3 brief but informative and interesting paragraphs. He’s also included a pic of him with his cat, which is a surefire winner with the ladies (except those who hate cats!).

When crafting your self-summary, tell people the things that are most important to you and them. Tom’s career is important to him, so he lists it. But he also knows that things like height is important to women, so he lists that, too. Be honest, be real and be open. Tell a story, act as though you’re sitting down for a coffee with someone there and then. Go into detail and be revealing.

Then, end with a line that tells people what you’re looking for.

What I’m doing with my life

The most exciting place I’ve ever been

“Japan or Tanzania. Hard to pick.”

“My friends during social gatherings, they generally come out pretty hilarious.”

What do women want?

Well, we know they want security from a man. They also definitely want confidence, ambition, drive and a sense of adventure.

This is why it’s really important that you nail these aspects of your personality in your profile.

The great thing about OkCupid is that it gives you a series of prompts like the ones in the above images. It’s your job to maximise this opportunity by presenting the best version of yourself.

In one of the examples above, we have a guy who is working on becoming a language teacher. He’s clearly got both brains and ambition. And he speaks French. Oh-la-la. This is the type of thing you need to flaunt because it grabs attention.

Then we’ve got a dude who finds it hard to pick between Japan and Tanzania for the most exciting place he’s ever been to. He gets around – maybe someone wants to join him for some adventures? Either way, he’s got lots of stories to tell.

Then we’ve got the life and soul of the party – the cheeky Chappy who loves to take hilarious pics of his mates during social gatherings.

If you can flaunt your confidence, ambition, sense of adventure and fun-loving nature in your profile, you’re onto a winner with the girls on OkCupid.

When do you cook?

“Usually only for company. I like to entertain and have my friends eat and drink well.

If it’s just me, I’m pretty unmotivated to cook something; cereal or a pb and j Sammy will do just fine.”

“Have you ever seen Elaine dance?”

Six things I could never do without

It is, of course, really important that you showcase your interests but you don’t need to be boring with how you do it. In our first example above, the guy is expanding on his social life, showing us that he’s a bit of an entertainer. He’s using a very simple prompt about cooking to give women a broader insight into who he’s all about.

He’s not just a cook – he’s a people person. In this way, he’s used the prompt as a pretext for showing us more about him. This is what you need to do, too.

The second example, on the other hand, includes a reference to the US sitcom Seinfeld. Naturally, if you’ve never seen Seinfeld, you won’t get that. But those who will? Well, they’re the type of women who this man is looking for.

What I really love about this subtle reference, by the way, is that the guy isn’t being boring by mundanely listing his favourite dance. Instead, he’s giving us an interesting answer by telling us he doesn’t dance but he does watch Seinfeld. I love that and you should use that sort of thing in your profile. It’s witty, it gets attention.

Meanwhile, the ‘Six things I could never do without’ prompt is your friend and you should use it. This is your chance to list the things that really matter to you and which can help to attract someone who shares your interests, or whose interest is at least piqued by your interests.

As we can see from the guy above, he’s done a great job of listing some of his hobbies, but he’s also show what he really values – he values the small but beautiful things in life. In other words, nature and – I’m guessing – sharing a kiss under the stars with his next partner. It’s this kind of thing that works really well on OkCupid where people care about feelings and what’s inside a person.

Use the tips and examples in this article to improve your own OkCupid profile so that you get better matches. Remember to summarise yourself in a way that makes you presentable and interesting to the right people, but don’t forget to be unashamedly you. However, this is online dating, so you are allowed to give yourself a bit of a shine, too.

Then, flaunt your personality in a fun and engaging way without coming across as too arrogant of conceited. Be confident but also be humble and playful. 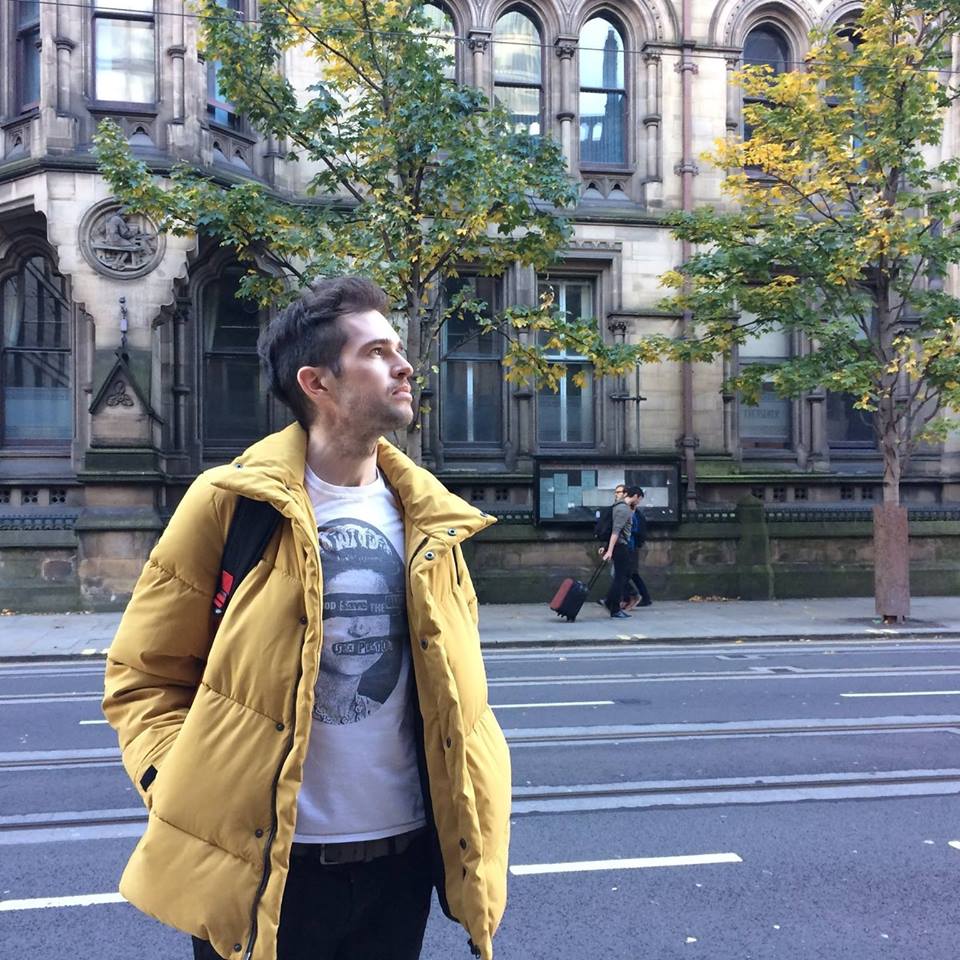